MICE BUSINESS IN PATTAYA GROWS BY ONE FOLD IN FIRST HALF OF 2015, TCEB MOVES FAST TO EXPAND BUSINESS WITH INDUSTRIAL ESTATES–CLMV 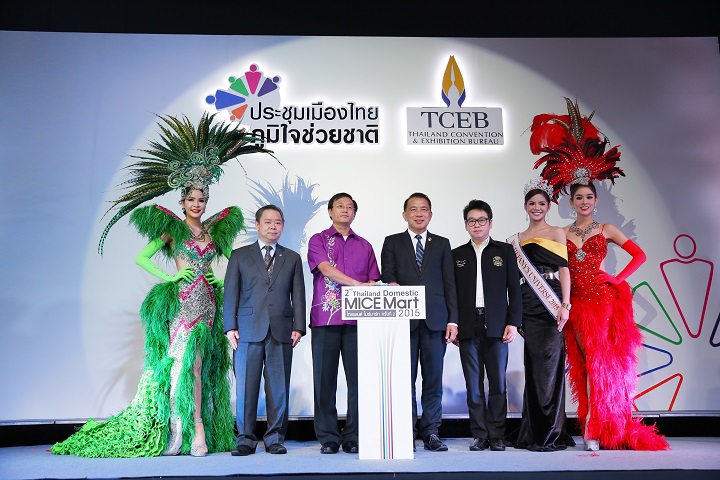 Pattaya: 25 June 2015 - Thailand Convention & Exhibition Bureau (Public Organization) is moving fast in the expansion of MICE business in Pattaya City, focusing on quality market like SME segment, industrial estate, CLMV countries and specific interest group. In order to implement the goals, the bureau is holding the 2nd Thailand Domestic MICE Mart which will be fully equipped with business negotiation activity between buyers and sellers, promotion of supporting packages and tax relief privileges. Interestingly, statistics on the number of MICE travellers visiting Pattaya in the first half of 2015 has surpassed 1 million. 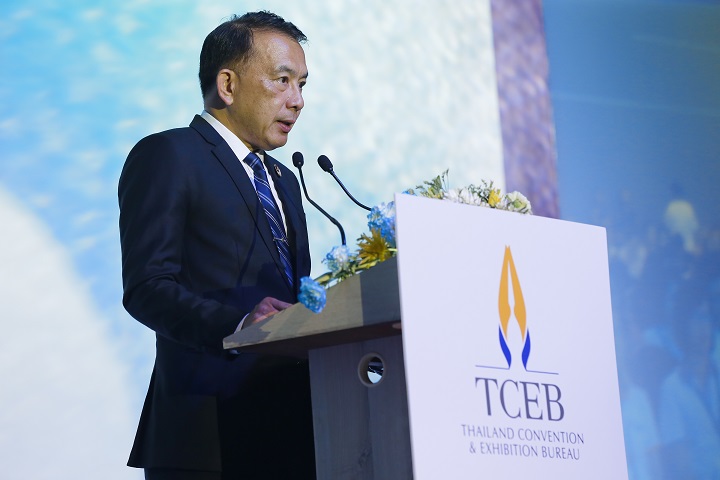 Mr. Nopparat Maythaveekulchai, TCEB President, disclosed in the opening ceremony of “2nd Thailand Domestic MICE Mart” held in Pattaya that MICE business in Pattaya has seen a high growth, especially in the Quarter 2 of fiscal year 2015 (October 2014-March 2015). The number of MICE travellers totalled at 1,046,536 which generated approximately 4,071.22 million baht of revenue, proving that Pattaya has the potential to serve as MICE City and has now become popular as an ideal MICE destination.

“In this year, TCEB plays a dynamic role in expanding MICE market in Pattaya City and will do more in the east of Thailand. With the implementation of D-MICE plan, our endeavours embrace the launch of Meeting in Thailand campaignthat concentrates on D-MICE related activities in Pattaya and Chonburi, the extension of MICE City located in the east of Thailand which can serve domestic conference and exhibition, as well as the promotion of meetings and incentives at the Royal Projects and the Royal Thai military tourism destinations. For example, the Royal Projects with the readiness in serving educational tour within eastern Thailand like the Rayong Botanical Garden in Rayong Province and the Royal Thai military tourism destination in Sattahip District, such as the Sattahip Naval Base, the Prince Chumphon Military Camp and the PhraMahaChetsadaratchao Military Camp. All of which specially suit the holding of CSR activities, including the release of sea turtles and fishes into the sea, the construction of artificial coral habitat, the garbage collection on seashore, etc. Furthermore, TCEB has the policy to support the budget in terms of transportation for MICE activities held in the Royal Projects and the Royal Thai military tourism destinations. This policy includes assistance forattendees of more than 20 travelling by air that can apply for supporting budget of up to 1,000 baht per person, while a group of more than 50 attendees travelling by coach or vancan apply for up to 500 baht of allowance per person. The aforementioned support will be running until 30 September 2015,”

The strategy is designed in accordance with the government’s policy to support meetings and incentives activities within Thailand. In this year, the government has stipulated the tax relief policy in order to boost the holding of MICE events in Thailand. Companies from private sector can report expenses incurred from the holding of conference for tax deduction for up to 100%. The policy is valid from now until December 2015. 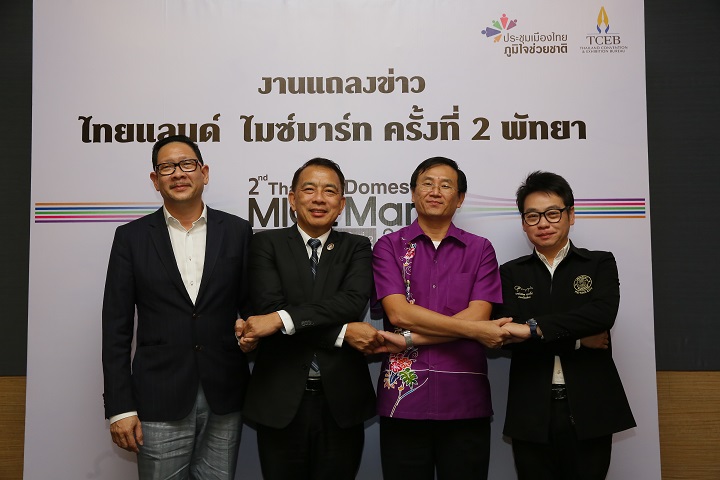 Side by side, the bureau has conducted marketing promotional campaign with local coalitions namely the North Pattaya Alliance or NPA and Chonburi Attraction Club to attract target buyers with high buying power and potential in the holding of MICE events, comprising 3 key segments as follows: 1. Small and Medium Enterprise, companies operating within industrial estates such as the Navanakorn in Chonburi Province, the Rojana Industrial Park in PhraNakhon Si Ayutthaya Province and the Industrial Estatein PathumThani Province. All of which are situated within the distance of 250 kilometres from Bangkok; 2. Corporate clients and government’s employees with special interest, particularly in the holding of educational tour, social and sports activities; 3.The CLMV countries, including the Cambodia, Laos, Myanmar and Vietnam.

“According to the report from MICE entrepreneurs in Pattaya City, it was found that there has been increasing numbers of MICE travellers entering into Pattaya City for the holding of MICE activities. In their free time, these MICE travellers prefer golfing and sea excursion. They arrive Pattaya by road and return to their countries by air via the Suvarnabhumi International Airport. Pattaya City is considered a strategic point with convenient transportation, comprehensive facilities for MICE and various tourist attractions by which can cater well to the need of aforementioned MICE travellers.”

Moreover, TCEB has planned to conduct a further study on the CLMV market, as well as toorganise road shows to represent Thailand’s MICE products and services in the CLMV market. In addition, business negotiation activity has been arranged, having key attendees who are MICE entrepreneurs from Pattaya, such as NongNooch Tropical Garden, Alcazar and Active Holiday Co., Ltd. and another 8-10 MICE entrepreneurs from other parts of Thailand. The first road show was held in the Cambodia from 17-19 June 2015, while the next show will emerge in Vietnam during the coming 7-8 July. 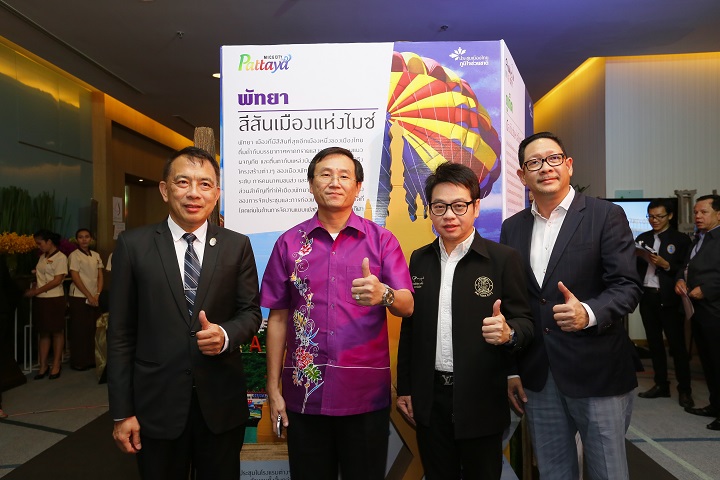 “Pattaya City is considered a MICE City with total readiness. TCEB has paid high attention in the support and advancement of MICE in a continual manner. In 2015, there is a wide array of events happening in Pattaya City that involve MICE business for which TCEB has also provided support. For example, the Honda LPGA Thailand 2015, the Infinitus China Overseas Training, the Perfect Marie-Anne Tour to Thailand (conference), the Max Life Insurance Group, the Adfest 2015 and our sales promotional campaign namely the “2nd Thailand Domestic MICE Mart” held under the Meeting in Thailand Campaign. The “2nd Thailand Domestic MICE Mart” has been launched as a key activity to boost domestic MICE market and to partly implement the goal of “D-MICE” plan that targets growth in terms of the number of travellers and revenue by 5 percent or 15.23 million MICE travellers which could generate revenue of approximately 33,069 million baht.”