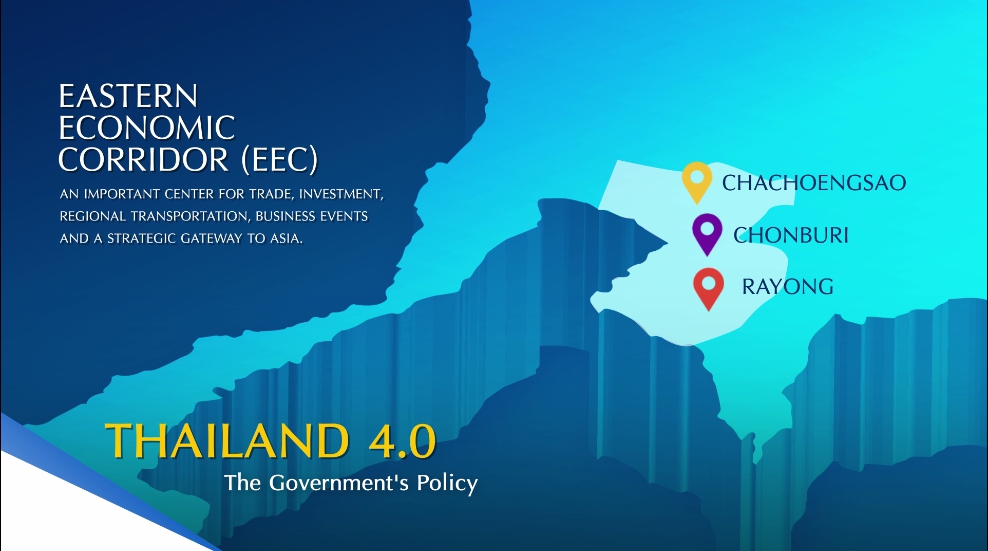 TCEB accelerates Thailand’s MICE in line with the government’s EEC scheme. Moving fast to bolster Pattaya City towards becoming the metropolitan of MICE, TCEB joins hands with Pattaya City and the Eastern Economic Corridor Office (EECO) to enhance the image of Pattaya City to reflect its potentiality as an ideal MICE City of the East. Aiming to oversee MICE in the special administration region, the ASEAN MICE Institute is set to be inaugurated alongside TCEB’s first branch office in Thailand.

Mr. Chiruit Isarangkun Na Ayuthaya, President, Thailand Convention & Exhibition Bureau (Public Organization) or TCEB, disclosed that Pattaya is indeed situated on the strategic location for MICE industry in the east, thanks to its potentiality as the centre of commerce, investment and service businesses. There are plenty of spacious accommodations and convention facilities that suit international conventions and exhibitions. Looking at the top cities with largest number of MICE travellers, Pattaya City has been ranked the 3rd after Phuket. The town offers a great variety of attractions and modernity. Pattaya City is world renowned with consistent economic and social growth. 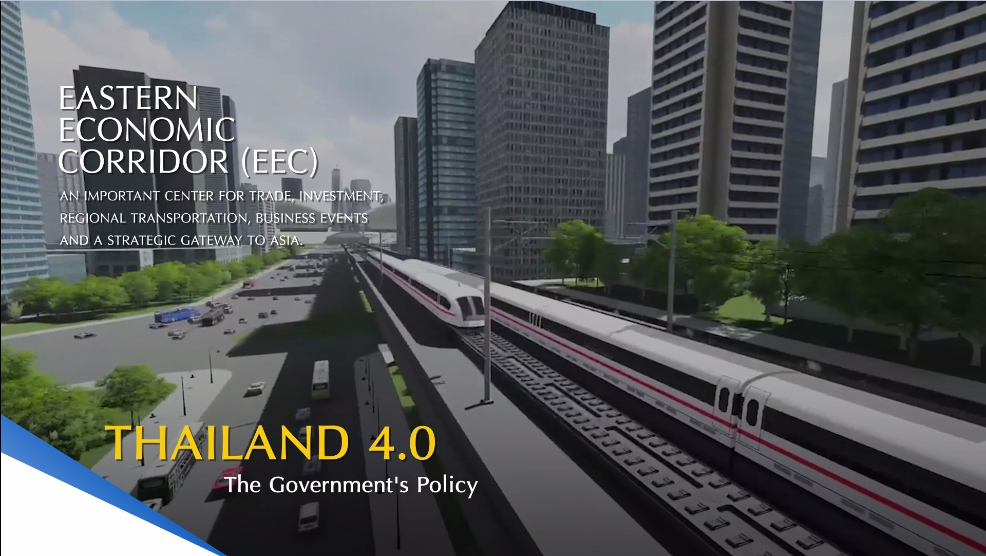 “As an initiation of Thai government, The Eastern Economic Corridor : EEC is considered one of Thailand’s mega projects for the development of commerce in the eastern economic corridor. Ranging from the expansion of U-Tapao Airport to major infrastructures connecting ground, sea and air transport systems that embrace 3 provinces together, including Chonburi, Rayong and Chachoengsao, these movements are main supporting factors for leveraging the development of MICE businesses in Pattaya City. As the heart of MICE in the east of Thailand, which conjoins the advancement of MICE across the entire region, the prosperity of Pattaya as a MICE City will help to distribute growth and revenue into communities, responding precisely to the 20-year MICE scheme and the national development model that anticipates stability, wealth and sustainability for the country.”

Altogether with the Eastern Economic Corridor Office (ECCO) and Pattaya City, TCEB is moving in full steam to implement the direction of Pattaya MICE City development, or PATTAYA MICE City, for Pattaya to soar as EEC MICETROPOLIS. With the aspiration to transform Pattaya into the centre of eastern MICE in line with the bureau’s main strategy to enhance the image of new Pattaya as “Neo Pattaya”, TCEB and key alliances join forces to revamp Pattaya City into the metropolitan of MICE or the heart of EEC region. Pattaya City foresees a comprehensive development that embraces economy, society, environment and culture along with encouraging participation of people from all segments. All of which are in sync with the direction of development of sustainable MICE City model.

The joint collaboration represents a complete integration of operations, spanning the development and promotion of MICE markets, co-production of bidding plans to attract international conventions, occupational meetings, trade shows, mega events to world-class events held by key industries pinned under the government’s 4.0 policy. These collective efforts aim to form the arena for business dealings, as well as knowledge and technology exchanges. Additionally, the expansion of Thailand’s preeminent industries will be promoted in the EEC region, such as airshow events, PATA Destination Marketing Forum 2019 and so on. Pattaya City, as a prospective MICE market, will constantly receive overseas promotion at collaborative MICE trade shows, including those held in Germany, USA, Spain, and many more.

Further, in the Fiscal Year 2020, TCEB has prepared to launch an integrated project to promote MICE businesses in the EEC with a collaboration from the Eastern Economic Corridor Office (ECCO), which highlights the development of routes for pre- and post- activities, the design of incentives trips for business people and CSR activities. The project is an extension of the 7MICE Magnificent Themes, whereby MICE events are mainly organised at the venues and spaces within Pattaya’s locales, such as Ban Takhian Tia Community Enterprise, Na Kluea communities, etc. Allocation of project development budget has been spared at over 6.5 million baht.

TCEB President further explained that owing to the success of Thailand: REDEFINE Your Business Events, which is a promotional marketing campaign launched in 2019, TCEB is set to revamp Pattaya City into a complete MICE metropolitan, embracing market promotion and the development of venue standards and MICE personnel to serve the growth of business events. Not only colleges, universities and vocational institutions, but MICE courses and trainings are also taught systematically at the ASEAN MICE Institute, which was founded to make the EEC soar as the centre of MICE capability development in this region, as well as to bolster Thailand to grow as the hub of business events of ASEAN.

For the time being, TCEB is examining market conditions and the readiness of MICE development in the EEC in regard to conduct a feasibility study for the construction of an international convention centre, as well as to custom a MICE Model that especially fits the EEC region. The endeavours are responsive to the government’s stipulation of EEC as an investment promotion region for MICE and a MICE-related law relaxed region that facilitates the holding of events, conventions and exhibitions within the EEC districts. Additionally, privileges are offered to attract event organisers and target business travellers from both Thailand and overseas.

“Pattaya City substantially gives priority to the development of MICE businesses. TCEB has joined hands with Pattaya City to seek the direction to establish TCEB branch office in Pattaya, which also serves as a coordination centre for the comprehensive propelling of MICE in the east of Thailand, respecting to encourage co-operation in the development and promotion of MICE businesses in Pattaya City and across the EEC in an immersive and consistent manner.” said Mr. Chiruit. In 2018, Pattaya registered an enormous amount of revenue from MICE of 16,064 million baht, with the number of foreign MICE travellers of 169,629 and another 1,789,966 visitors from Thailand.