TCEB Joins Forces With MOTS To Promote Thailand As A World Major Sporting Events Hub By Bringing “L’Étape Thailand by Le Tour de France” Cycling Race In ASEAN For The First Time. Phang Nga, a secondary tourism destination, is the chosen host city to welcome global cycling enthusiasts to experience the Legend of the Tour de France – the greatest cycling race in the world – this October.

“L'Étape by Le Tour De France is an organised mass participation cyclosportive event that allows amateur cyclists to face the same challenges and to ride in the same conditions as on a Tour de France stage. L’Étape by Le Tour De France is one of the most popular events by Tour de France that has been held in 11 countries in five continents. Its founding event, L’Étape du Tour, started in France in 1993, and started expanding in the 2010s to the United States, Australia, England, South Korea, Colombia, Brazil and many others. In 2017, there were about 50,000 participants” 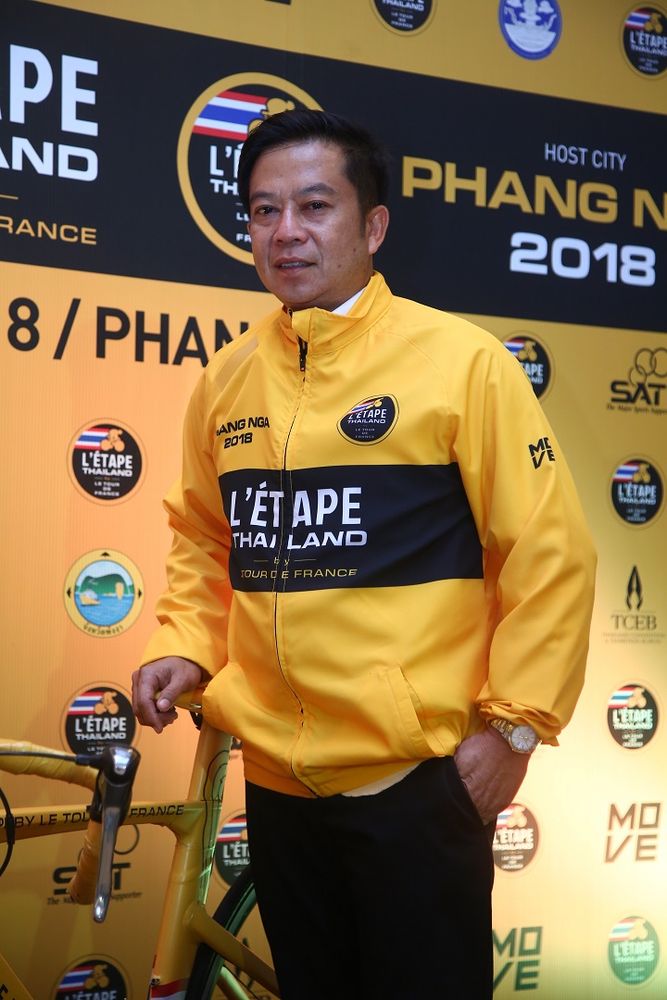 The contract signing has made Thailand the first country in ASEAN to be able to draw the world-class event to the country. The event will also help boosting the sport industry in the country, as it has a large fanbase. Technology and know-how by professionals will also be brought in to improve the local industry, driving the country to be the cycling hub of Asia. 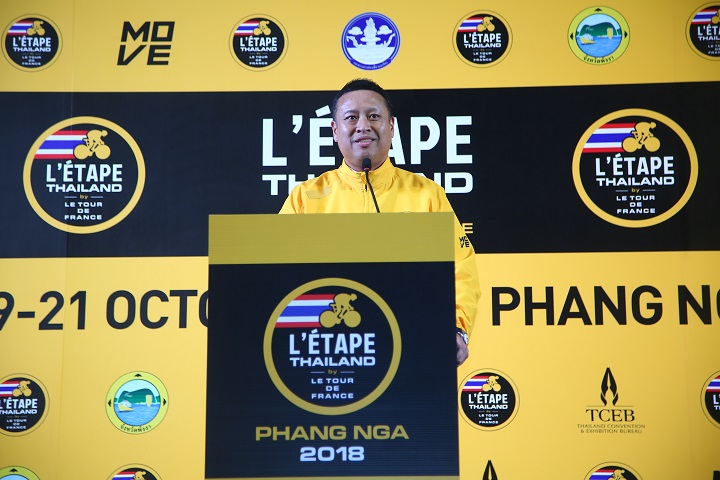 From the feasibility study, it reveals that the event will also generate more than 300 million baht, both directly and indirectly. Over 800 job opportunities are also expected to be created during the period. The event will not only boost the image of the province, but also its hospitality industry. The event is also expected to be a factor to improve the infrastructure and public transportation network, to meet the high standards determined by organizing an event under Tour de France brand. 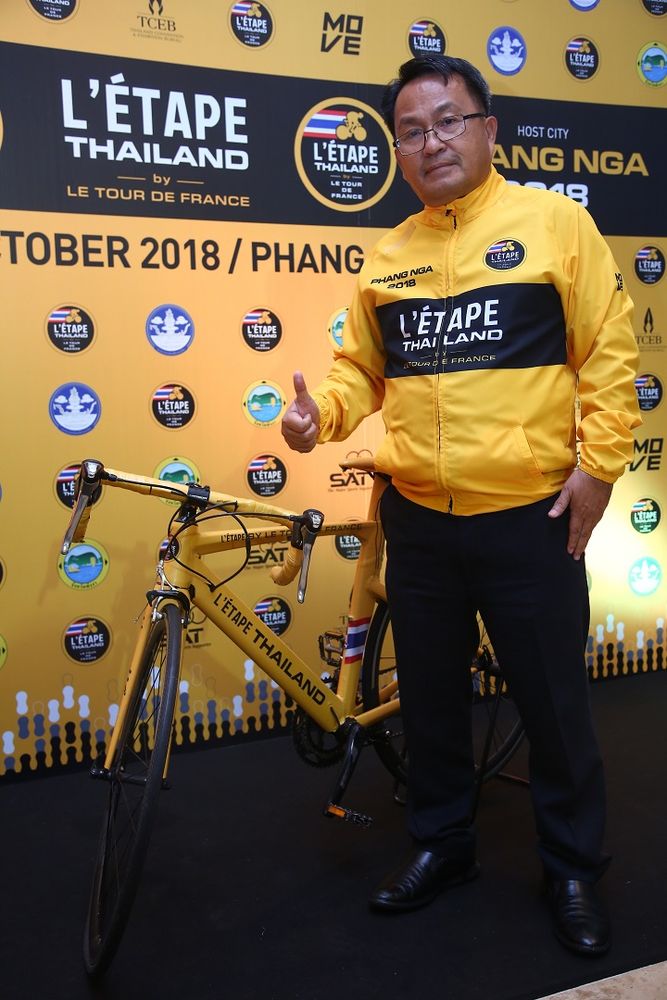 Mr. Sittichai Sakda, Phang Nga Governor, said “Phang Nga is honoured to be the host of the world-class event L’Étape Thailand by Le Tour De France. We are confident about our preparedness to host the event. Over 80% of Phang Nga is hilly areas and the province does not have much road traffic, which has made the province perfect and challenging as a cycling destination as it has shared some of geographical features as France. Phang Nga has its unique landscape combined with more than 155 beautiful islands in the Andaman. Cyclists

can also enjoy the shades of big trees and picturesque seascape during the ride. Starting from Khao Lak this year, there are two route options, 140km and 70km. The starting point is also the centre of hotels and facilities. Cyclists will later ride through the old charms of Sino-Portuguese

architecture and many other elements of the city. I can guarantee that everyone will enjoy their stay and bring only the good impressions home with them.” 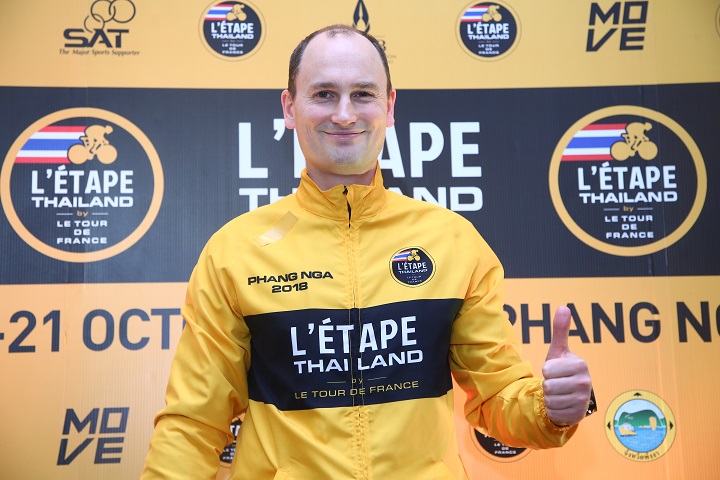 Mr. Jean-Etienne Amaury, President of Amaury Sport Organisation – the owner of the right to L’Étape by Le Tour de France, stated: “We are very pleased to officially enter into an agreement with Move Asia Co., Ltd. and to work with Thailand Convention and Exhibition Bureau (Public Organization) or TCEB to organize the world-class cycling event in Thailand. We are strongly confident in Thailand, especially Phang Nga, that it has all the potentials and very suitable for L’Étape Thailand by Le Tour De France, that will meet the high standard set by Le Tour De France, just like the other L’Étape series around the world that we have already been to. We hope to welcome all the Thai cyclists, as well as some international cyclists to the event.”

Mr. Boonperm Intanapasat, Managing Director of Move Asia, a promoter and official licensee of L’Étape Thailand by Le Tour de France stated: “We would like to thank you all the great support we have received from both public and private sectors, who have joined forces and collaboration to drive Thailand to be the first country in ASEAN to bring in the world-class event to Thailand for Thai and World Cyclists to experience a ride designed to challenge cyclists on a course comparable to the world’s most well known cycling race, Le Tour De France. The event will also allow Thai fans to rub shoulders with Tour De France ambassadors. Additionally, there will be other local celebrity cyclists to join the event such as Leo Putt, Yossawadee “Yo” Hassadeevichit and Thai national cyclists as well as members from cycling clubs in Thailand. In addition, there will be, activities and Expo including Tour De France museum to welcome the world cyclists at the event.”