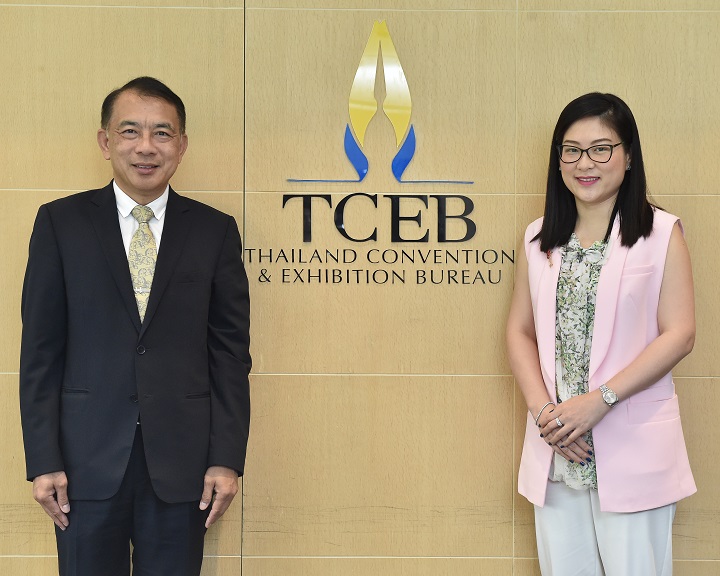 Bangkok, 16 May 2016 – The Thailand Convention and Exhibition Bureau (Public Organization) or TCEB today unveiled its aggressive strategic direction for 2016, highlighting key strategies to attract more meetings and incentives with a large number of travellers – or Mega Size Events – by allocating sales promotion budget under the Thailand Big Thanks! Campaign. China is among the key target source markets, and TCEB is supporting more than 14,000 meetings and incentives delegates to join the Infinitus Overseas Training 2016 – expected to generate MICE revenue of 1.3 billion baht for the Thai economy.

Mr. Nopparat Maythaveekulchai, TCEB President disclosed that, “To promote the meetings and incentives travel (M&I) sector in 2016, under our WIN Strategy, TCEB will focus on attracting Mega Size Events with more than 2,000 international delegates by establishing the Thailand Big Thanks! sales promotion campaign, especially for organisers. With high spending power, every Mega Size Events can help inject healthy MICE revenue into our economy.

“In addition to China, key source markets for Thailand’s M&I sector also include other Asian countries. Secondary markets include the EU, US, and Oceania, while emerging markets where we closely monitor and start to create awareness of the Thai MICE industry range from Eastern Europe, the Middle East, and Latin America. In 2015, Thailand welcomed a total of 1,095,995 MICE travellers from around the world, generating 95,857 million baht MICE revenue. Of these, 516,663 travellers and 44,533 million baht were from the M&I sector. Major contributors were China, which presents significant opportunities and still has high potential for growth, followed by India, Singapore, Malaysia, the US, Japan, Korea, Indonesia, Hong Kong, and Australia, respectively.” 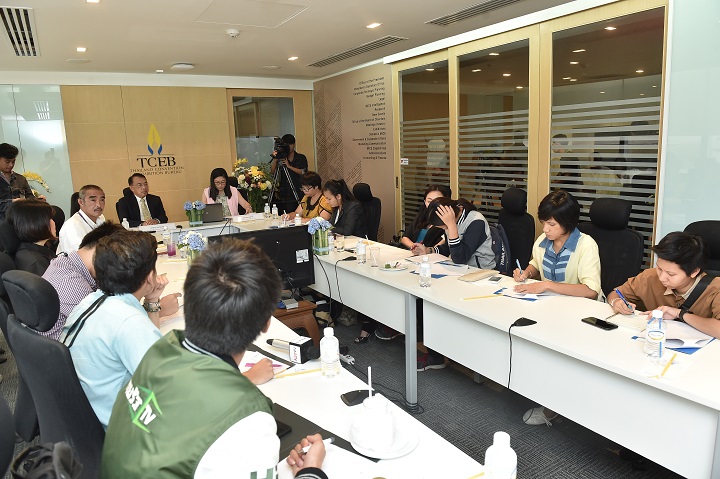 Ms. Nooch Homrossukhon, Director of Meetings and Incentives, TCEB said that, “The emergence of M&I Mega Size Events has been our new target over the past three years. We have put in place strategic plans, from raising awareness of Thailand as a premiere destination for meetings and incentives travel in Asia, to increasing marketing development activities through products and services promotions, and VIP receptions to event logistics and facilitation. More importantly, the THAILAND BIG THANKS! financial subsidy campaign in addition to the THAILAND CONNECT beyond THE CAPITAL will help organisers and key decision makers make Thailand their destination of choice for their next events.”

The THAILAND BIG THANKS! campaign was created to help drive the M&I sector through a financial subsidy scheme of up to two million baht for eligible Mega Size M&I events with more than 2,000 international delegates staying at least three nights in the Kingdom of Thailand. Starting from 1 October 2015 until 30 September 2017, the travel must take place in Thailand from 1 October 2015 until 31 December 2017. Complementing this is the THAILAND CONNECT beyond THE CAPITAL package, presenting international corporate clients the opportunity to discover the diversity of Thailand with promotions from domestic airline partners including Thai Airways, Thai Smile Airways, and Bangkok Airways. Requirements include a group size of more than 100 delegates, and staying in Thailand at least three nights. The organiser will receive transportation support of 1,000 baht per delegate, up to a maximum of 300,000 baht per group. Applications are open from 1 October 2015 until 30 September 2016, and travel must take place from 1 October 2015 until 31 December 2016.

“Marking its 20th anniversary, the Infinitus Overseas Training 2016 is held from 11 to 29 May 2016. Held for the thirteenth time in Thailand, TCEB’s support for this annual corporate meeting under the THAILAND BIG THANKS! campaign also includes MICE LANE and immigration services for executives and VIP guests at the airport, a Thai performance, and special souvenirs for all delegates, worth a total of five million baht. Additionally, as a token of our appreciation, TCEB will be presenting the “Thai-Sino MICE Outstanding Contribution Award” to Infinitus (China) for their continuous consideration of Thailand. The major meeting of one of the biggest health product companies in China for 14,000 delegates will take place in Bangkok and Pattaya in seven groups (2,000 delegates per group), and is expected to help generate more than 1.3 billion baht for the Thai economy,” Ms. Nooch added. 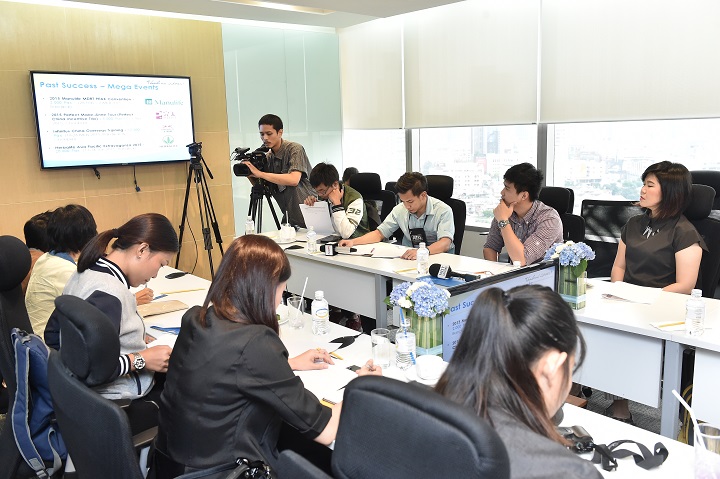 In 2015, China accounted for 109,987 MICE travellers, generating a total of 9,197.65 million baht MICE revenue. Thanks to the upward trend of the M&I market from China over the past three years, TCEB has appointed sales and marketing representatives to directly target corporate customers in Beijing, Shanghai, Guangzhou, and emerging provinces including Shenzhen, and Chengdu.

“Since last year, TCEB has welcomed Mega Size M&I events including the 2015 Manulife MDRT PEAK Convention, Asia-Pacific Herbalife Extravaganza 2015, 2015 Perfect Marie-Anne tour to Thailand (Perfect China Event), INFINITUS 2015 and Organo Gold Asia Convention 2015. During the 2016-2017 fiscal years, we continue to successfully attract major meetings and incentives trips to Thailand such as Pro-Health, in September 2016 with 5,500 delegates, and the Jeunesse Global Conference 2017 (Health Care / Skin Care), in August 2017 with 12,000 delegates. We believe that the effectiveness of the Mega Size strategy for M&I sector, along with support for INFINITUS 2016 will play a vital role driving the Thai MICE industry to achieve this year’s target of 1,060,000 MICE travellers, helping to generate 92,000 million baht MICE revenue into our economy,” Mr Nopparat concluded.