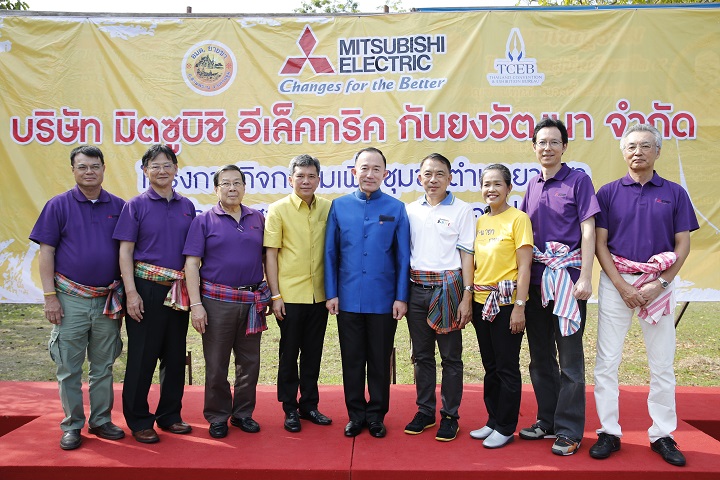 Mr. Nopparat Maythaveekulchai, TCEB President, disclosed that the domestic MICE or D-MICE is one of key missions of the bureau which was designed in line with the government’s policy that prioritises the importance of MICE and encourages public and private sectors to turn to domestic conventions more, specifically in attracting and supporting corporate clients representing large-sized organisations to continually hold business events in Thailand. In this year, TCEB has provided support to corporate clients from 129 companies, totalling more than 36,630 attendees, in facilitating domestic meetings by which were considered one of the tools that help to stimulate Thai economy, particularly during global economic slowdown. Meanwhile, social dimension was also considered in order to promote sustainable national development.

“The holding of CSR activity at Yai Cha Subdistrict in Sampran District at Nakhon Pathom province, is the collaboration of TCEB and Mitsubishi Electric Kang Yong Watana Co., Ltd. and the Subdistrict Administrative Organization (SAO) Yai Cha. The event had marked the initiation of Mitsubishi Electric Kang Yong Watana Co., Ltd. who held its annual conference and CSR activity, having more than 300 members who are executives and employees joined. Considered one of marketing promotional activities under the Meeting in Thailand campaign, the event offers corporate clients different experiences in holding meetings, seminar and team building activity for which will encourage the holding of business events in various regions of Thailand. Such domestic MICE activity is being held with prime objectives to generate employment, revenue distribution, area development, yielding benefits economically and socially. 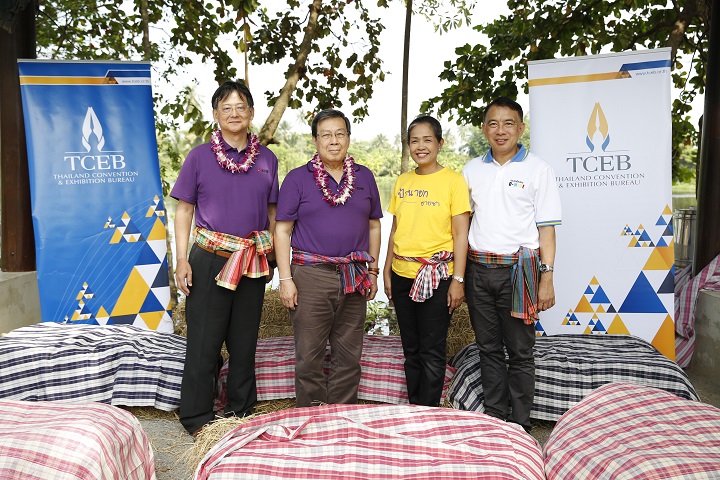 Mr. Nopparat further said that the support provided to corporate social responsibility or CSR activity is one of several activities for corporate clients that TCEB has considerably supported in order to affirm the happening of year-round domestic conventions. TCEB has the criteria for supporting domestic business events according to our DC/Host Functions Package in the form of DC/Host Activity CSR with the provision of 100,000-150,000 baht budget, requiring the event must include CSR activities.

Mr. Prapat Pothiworakul, President, Mitsubishi Electric Kang Yong Watana Co., Ltd., revealed that the company has been holding corporate social responsibility or CSR activity every year with different attributes. For example, the planting of rare plant for conservation and the forestation to create green zone for communities, and so on. This year, we have designated the “house, temple, school”, altogether with hospital and organic farming, as key concentrations. All of which reflects a comprehensive CSR activity that truly enhances the quality of life for villagers of Yai Cha Subdistrict. 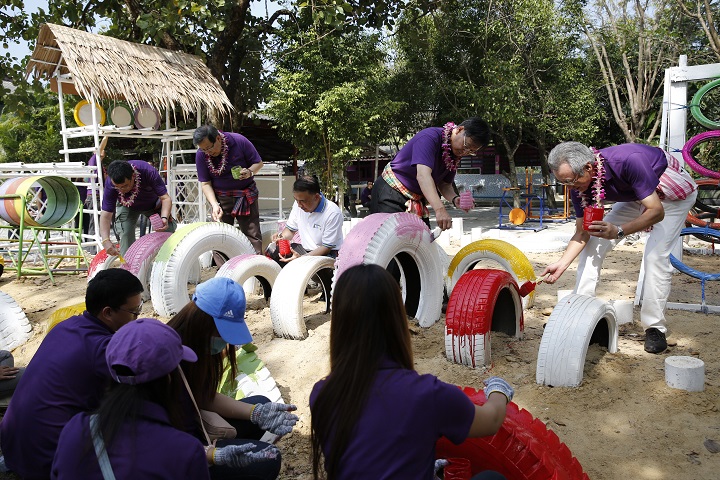 “In operating, business is not only our concern because we are committed to watch over the society in a concrete way. Beside attending the meeting, employees are encouraged to participate in CSR activities. Additionally, recognition of the community’s quality of life was promoted basing on environmental concerns reflected through 5 projects that are considered the primary structure of our society. These include environment, education, medication, hygiene and the seniors. For example, the reconstruction of Wat Dechanusorn School, the naa baan na mong - lang baan na yoo project, the health promotional campaign for the elderly, the hospital for subdistrict project and the organic farming for healthy living project.”

Mrs. Wassana Klinpayom, Chief Executive of SAO Yai Cha, said that she, as the chief executive of SAO or leader of the community, is delighted and highly thankful to TCEB and Mitsubishi Electric Kang Yong Watana Co., Ltd. for support and promotion for the holding of CSR activity through the meeting held by Mitsubishi Electric Kang Yong Watana Co., Ltd. The event not only benefits Yai Cha Community, but also reflects the collaboration of public and private sectors. Impressively, the “Royal Initiative of Philosophy of Sufficiency Economy” was applied in the activity held. Also, there was an exchange between the lifestyle of urban people and country people for the good of society as a whole, embracing children and the seniors alike. This kind of project encourages employment in the community, allowing villagers to lend helping hands to one another according to the ideology “Community for community” which leads to efficient administration of community and sustainable development.”ื

Mr. Nopparat further mentioned that TCEB has prepared several packages designed to stimulate domestic MICE. These include the DMI Package for meetings and incentives group with support as follows: souvenirs for group of 50-100 attendees and financial support of 100,000-150,000 baht for group of 101 attendees or more; the CLMV Package to support clients from Cambodia, Laos, Myanmar and Vietnam in order to expand new markets as well as to promote the holding of events and increase MICE travellers from CLMV countries entering into Thailand by providing souvenirs or special service for MICE travellers, such as MICE Lane Service. However, the scale of support is dependent on the size of group and the duration of stay in Thailand.

“The operation on the promotion of domestic MICE of D-MICE in the fiscal year 2015 had marked 23,702,488 domestic MICE travellers which generated up to 46,401 million baht revenue. In the fiscal year 2016, TCEB expects that the number of domestic MICE travellers and the revenue will grow by 5-10 percent thanks to an array of significant events such as the national chambers of commerce conference, the 50th anniversary of Personnel Management Association of Thailand, Thailand Domestic MICE Mart 2016, Luangprabang-Indochina-Mawlamyine Economic Corridor (LIMEC) International Conference “PhuDoo” 2016, and etc.” concluded Mr. Nopparat.