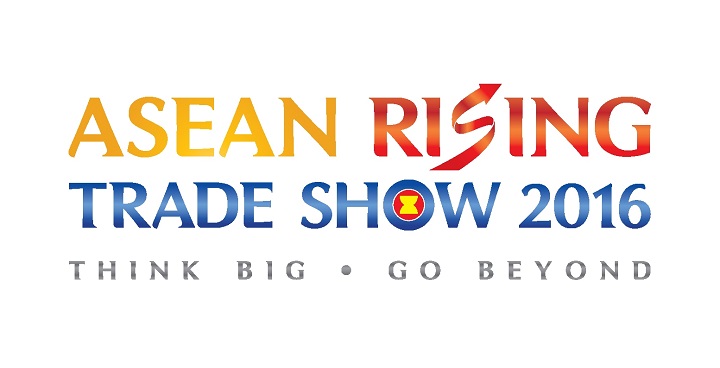 Bangkok, 5 November 2015- The Thailand Convention and Exhibition Bureau (Public Organization) or TCEB revealed major achievements in supporting Thai exhibition industry through its ASEAN Rising Trade Show (ART) campaign in enhancing and upgrading Thai exhibition industry to reiterate the position of Thailand as the leading exhibition platform for the ASEAN region. The bureau anticipated the number of MICE travelers to Thailand to reach 1,060,000 by end of 2016, generating revenue of over Bt 92,000 million.

Mr. Nopparat Maythaveekulchai, President of TCEB revealed that “Initiated in 2015, the year of the AEC establishment, the ART campaign has been launched with the goal of strengthening Thai exhibition industry and raise the profile of the country’s exhibition industry and expand the capacity of Thai exhibitions organizers to compete in the regional arena in order to generate increased revenues as well as attract more international exhibitors and visitors.”

The ambition of the ART campaign, running for three years from 2015 – 2017, is to uplift the standard of Thai exhibition industry in a sustainable manner and help it keep abreast of upcoming integrated ASEAN economic development and collaboration while positioning Thailand as a major platform of international exhibition in the region.

“The first-year running of the ART campaign, set to finish in December 2015, has so far seen a satisfactory success in strengthening trade shows under the campaign support in terms of significant year-on-year increase of international exhibitors and visitors, particularly from ASEAN countries as well as the revenue growth generated by the shows. Moreover, several trade shows managed to incorporate fresh new elements to attract more diversified groups of visitors, while enhancing their crucial role as the platform of business networking and knowledge sharing with more seminars and educational courses. From the positive results we have seen during the first three quarters from the 10 out of 12 trade shows under the campaign support we have witnessed, we are confident that the campaign in 2015 will achieve its objective,” added Nopparat.

TCEB’s major success in supporting Thai exhibition industry via the ART 2015 campaign can be described as follows:

• Number of international exhibitors and visitors as well as revenues during the first three quarters of 2015 increases 75.6%, when compared to the same period last year

• Revenue generated by Thai international exhibitions and trade shows during the first three quarters of 2015 increases 72.6% when compared to the same period last year

• Number of exhibitors and visitors from ASEAN countries increases by 30%

With aim to encourage trade show organizers to utilize new marketing approaches, TCEB plans to offer special incentives for trade shows selected under the campaign. These include support and coordination in developing campaign materials to be submitted for the internationally highly-acclaimed UFI Award selection, promoting the success of the trade show winning the award in TCEB’s various communication channels and trophy presentation for trade show with highest year-on-year growth in TCEB Exhibition Division’s annual event.

“In the meantime, TCEB will continue to support trade show organizers as strategic partner in coordinating with relevant government and private organizations in other ASEAN countries in order to explore new business opportunity and markets as well as forming new collaboration network. The ultimate goal is to help Thai trade shows to create more and more compelling elements to attract more domestic international exhibitors and visitors as well as enhance the role of exhibition industry to be a key driver for further cross-border economic collaboration, both within the region and connecting to the global markets,” said Nopparat.

With the support from TCEB’s ART campaign, the number of international business travelers to Thailand in the exhibition sector in 2015 is expected to reach 174,652 and generate revenue of Bt 15,214 million. TCEB anticipated the number of MICE travelers to Thailand continue to grow in 2016 and reach 1,060,000 by end of the year, generating revenue of over Bt 92,000 million, of which 191,000 are travelers in the exhibition sector, with revenue of Bt 15,650 million.