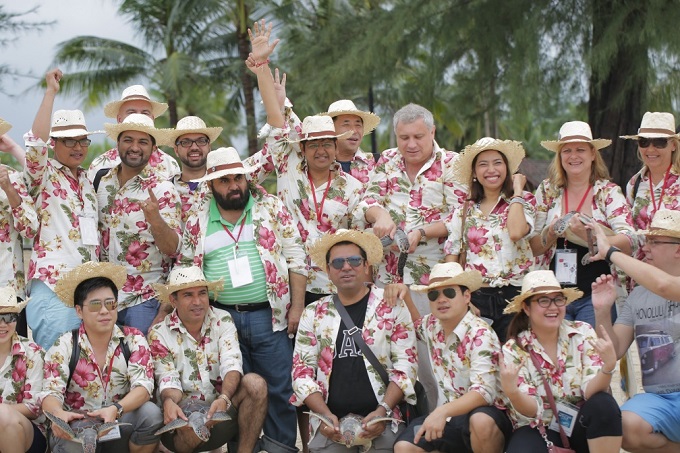 The recently concluded Connections Plus 2014, an annual familiarization program of Thailand Convention and Exhibition Bureau (TCEB), opened a window of corporate social responsibility (CSR) opportunity for overseas delegates to release hatchlings of Green Turtle to their natural habitat in the Andaman Sea of southern Thailand.

This year TCEB in collaboration with Thai Airways International and Bangkok Airways took 50 overseas delegates, mostly meeting planners from Australia, China, India, Indonesia, Japan, Korea, Malaysia, New Zealand, Russia, Singapore, Spain, USA and Vietnam to Bangkok and Phuket to experience “MICE on the Isles”. During the program, the delegates visited and inspected a number of luxury hotel venues, their facilities, and other recreational and adventurous attractions in Bangkok, Phuket and Khao Lak, a destination noted for beach setting and lying on the mainland 90 kilometers north of Phuket. 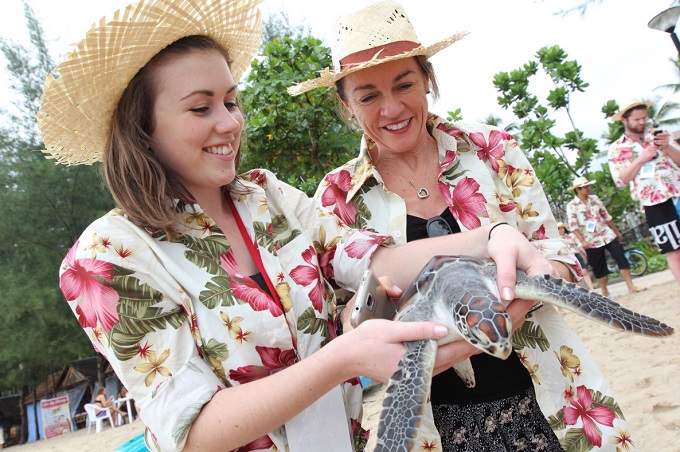 It was at Khao Lak where one key highlight of the program was featured for the delegates to experience a memorable touch of nature. They joined the release of 8-month-old hatchlings of Green Turtle into the Andaman Sea, which once was teeming with the reptiles. The turtle hatchlings were reared and nurtured by the Coastal Fisheries Research and Development Center of Phang-nga province where Khao Lak is located. It is an effort to save the turtles, the existence of which is an indicator of the ecological integrity of the sea. Eight-month-old turtles were selected for release to minimize the loss of their survival in comparison to the release of young baby turtles once widely practiced. The Coastal Fisheries Research and Development Center of Phang-nga province is open for groups to join the activity that will help enrich the ecology of the Andaman Sea.

Host your events in world-class Phuket and nearby destinations, where CSR activity for ecology awaits to enhance the value of your events.