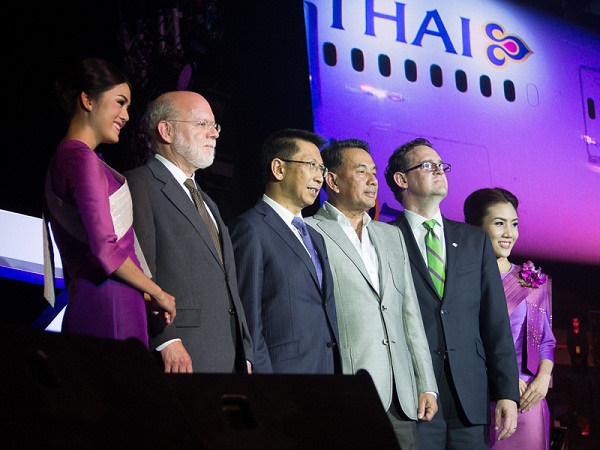 Thai Airways International Public Company Limited officially held the opening ceremony of THAI’s first Boeing 787 Dreamliner under the concept of “The New Lifestyle Above the Earth”. Mr. Areepong Bhoocha-oom, Vice Chairman of Thai Airways and ACM Siwakiat Jayema, Board of Directors of Thai Airways hosted the event at Suvarnabhumi Airport and has successfully drawn attention from both honorable guests and the media.

THAI’s B787 Dreamliner, built using lightweight structures, is equipped with an advanced air-conditioning system that does not rely on an external air cycle, and together with the new technology of air filtration systems, air quality is improved and problems with dehydration are reduced. The new technologies on board have allowed Boeing to achieve a 20 per cent reduction in fuel consumption and CO2 emissions when compared with other similar sized aircraft. 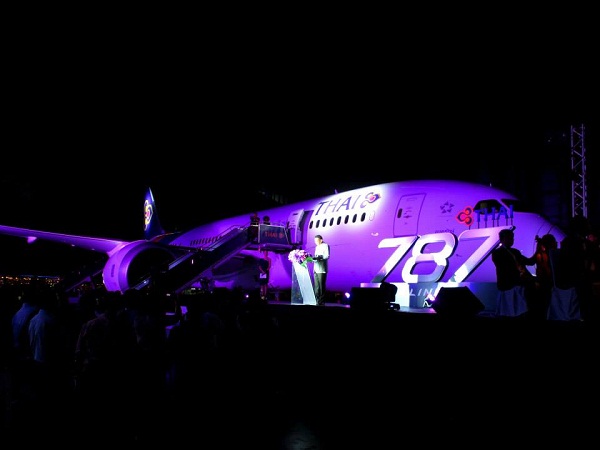 The Boeing 787-800 Dreamliner is outfitted with 24 Royal Silk Class seats, adjustable to a 180 degree lie-flat position and 240 Economy Class seats. THAI’s first Dreamliner commenced service on 25th July 2014 from Bangkok to Chiangmai. Once THAI has taken delivery of it’s second Dreamliner later this year, the aircraft will be put to service on routes to Haneda and Perth.
Thailand Convention and Exhibition Bureau (TCEB), alliance of THAI, has applauded THAI for launching the new Boeing 787 Dreamliner. TCEB sees that this is a great opportunity for Thailand to attract and impress MICE travelers from all over the world. 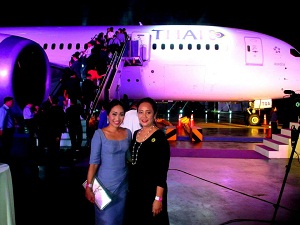 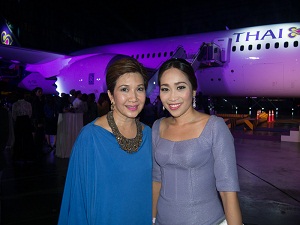