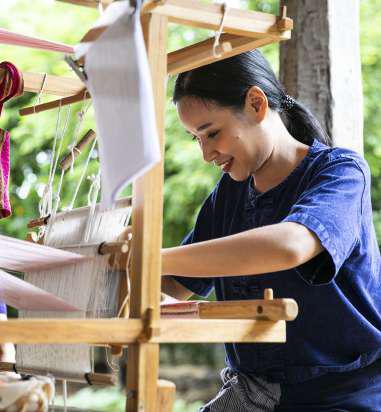 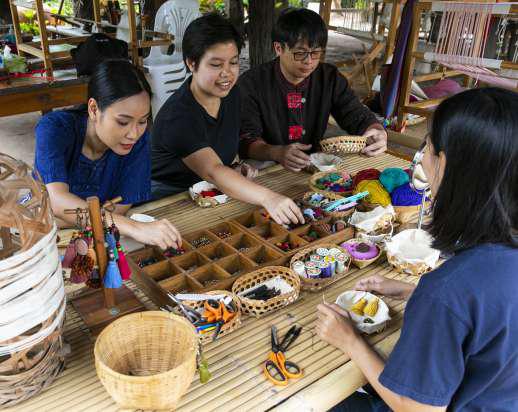 Suntree Thai Weaving Center was founded by a group of housewives in Hat Siao Subdistrict to weave textiles from the wisdom of Tai Phuan people in the area. Therefore, the group has established a learning center at the exquisite Tai Phuan house where they teach visitors how to weave traditional fabric unique to the women in the Tai Phuan community, how to make accessories from fabric scraps, and tell the stories of the traditional way of life to carry on the wisdom and identity of the Tai Phuan people.