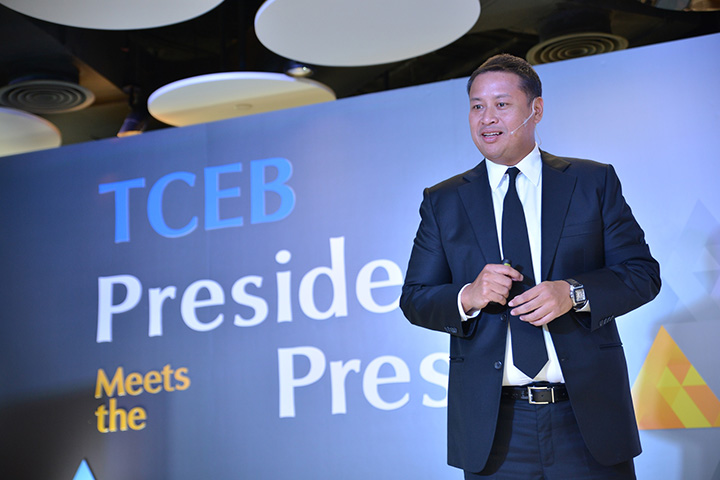 19 July 2017, Bangkok: Thailand Convention and Exhibition Bureau (Public Organisation) or TCEB, under the guidance of “Chiruit Isarangkun Na Ayuthaya”, the newest President, is ready to move forward to develop the organisation into the leading organisation for MICE that will improve the country’s economy with innovation to create prosperity and distribute income. It highlights 4 directions to enhance the MICE industry’s stability: growing in parallel with the development of the country, growing in a high potential market, growing with equality and growing strongly.

Mr. Chiruit Isarangkun Na Ayuthaya, President of TCEB said that “TCEB is a governmental organisation that was established with the mission to promote and develop the capabilities of the Thai MICE industry that government gives great importance as a key service industry for businesses that helps to drive Thai economy. TCEB therefore has the direct duty of developing every aspect of the MICE industry, from considering the needs of the market, the strengths and weaknesses of the country, the problems within the country, and to find ways to overcome those issues, as well as developing every area related to MICE, which is the appropriate role of the public sector.”

The economic problems of ASEAN countries have many facets, including high household debts, a shortage of working-age population, and the movement towards an aging society. As a result, the way to overcome these obstacles is to adjust both the people and the policies of the country, including Thailand 4.0, or setting the target industries of the country to create growth. Therefore, the MICE industry role should take more parts in developing the country.

From statistics over the last 10 years, Thailand has received approximately 150 billion baht of revenue from the MICE industry, both domestic and international, created approximately 164,000 jobs, and gained around 10.5 billion baht of revenue from taxation. Furthermore, in 2016, the International Congress and Convention Association, or ICCA, placed Thailand as having hosted 174 meetings, ranking Thailand 24th, an improvement from 27th in 2015, with Bangkok, Chiang Mai and Pattaya ranking higher than the previous year as well. In terms of exhibitions, the Global Association of the Exhibition Industry, or UFI, ranked Thailand the number 1 among ASEAN nations in terms of exhibition space sold over the past 5 years (2011-2015). In terms of general exhibition space, Thailand ranked in the top 5 ASEAN countries. Additionally, Thailand has a total of 256,984 metres squared of exhibition space across 9 exhibition centres in Bangkok and other important MICE cities. 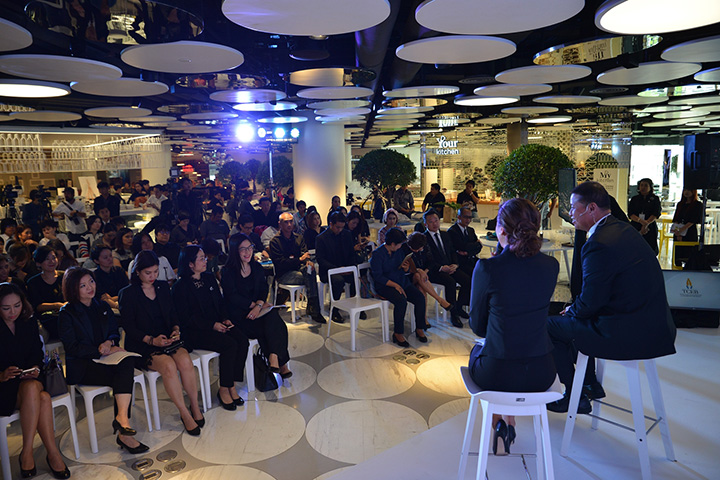 “To build MICE into a key sector in developing the country, therefore, requires the use of 4 directions for enhancing the MICE industry to create more stability. These include: 1. Growing in parallel with the development of the country, which focuses on keeping the current market and finding new markets by placing MICE in parallel with the development of the country’s economy, pulling the MICE industry into other target industries, such as those covered by Thailand 4.0, as well as into special economic areas. 2. Growing in a high potential market, focusing on the regions that have high growth and strong connection with the development of Thailand’s economy, such as ASEAN, Greater Mekong Subregion, East Asia/South Asia and Australia/New Zealand. 3. Growing with equality, by increasing the opportunities for the MICE industry growth in provinces that have potential, such as Chiang Mai, Khon Kaen, Pattaya/Chonburi and Songkhla. 4. Growing strongly, which involves the development of the internal system to meet the needs of the market, developing the organisation and regulations to better support the industry in the future.”

From these directions, 5 QUICK WIN strategies were stated to drive the MICE industry. These include: 1. Promote, support, push and enhance the country to become a Global Leader by proceeding with important projects, such as the development and enhancement of the MICE industry through project “Thailand MICE Venue Standard” / to promote and support Thai MICE operators to gain certification of standards from international organisations such as “Certified Exhibition Management” programme and “Certified Meetings Professional” programme / to attend at least 8-10 international trade shows and road shows in target regions, such as ASEAN, Europe, America and Middle East a year.

2. Be the leader in developing the MICE industry for both the public and private sectors, which focuses on integrating the public and private sectors, including important projects such as cooperating with MICE operators in the private sector to bring in more world-class events into Thailand such as SITE Global Conference 2019 / Thailand MICE United campaign to facilitate cooperation between partnered agencies to offer goods and services for MICE travelers / setting up sub-committee to coordinate with government agencies to facilitate convenience for goods and services trade for the MICE industry, whose main mission is to study and set a direction to solve the current problems and obstacles faced by operators so they will be able to do business in the MICE industry more conveniently in Thailand.

3. Distributing economic development to other regions through the MICE industry, which focuses on raising MICE as a platform for income creation in the area, such as Empowering Thailand Exhibition (EMTEX), promoting the Thai exhibition industry in the regions to develop the economy and enhancing MICE cities through the creation of new exhibitions, distributing business and improving events by expanding from Bangkok to other regions. These events will focus on creating events for target industries in accordance with Thailand 4.0, including the agriculture, biology, and energy, and in the main MICE cities and special economic areas / MICE City project to study and build strategic information on MICE cities and other high potential areas to ensure high quality development for the areas / MICE City Summit project to create a platform for sharing for TCEB and MICE cities to gather opinions and exchange knowledge and experiences for all those in the MICE industry.

4. Drive for the use of innovations and building MICE Intelligence to support and enhance the competitive capabilities, focusing on creating SMART MICE business, increasing modernity, sustainability and creativity to help to create better experiences and more interest in MICE events / MICE Intelligence & MICE Innovation programme that will gather information, analyse market directions and help develop business plans for operators in the private sector to improve competitive capabilities.

5. Improving TCEB as an organisation with Good Governance, such as setting up TCEB information centre to share information and improve public perception towards the organization’s role as a government agency that demonstrates good governance in action. 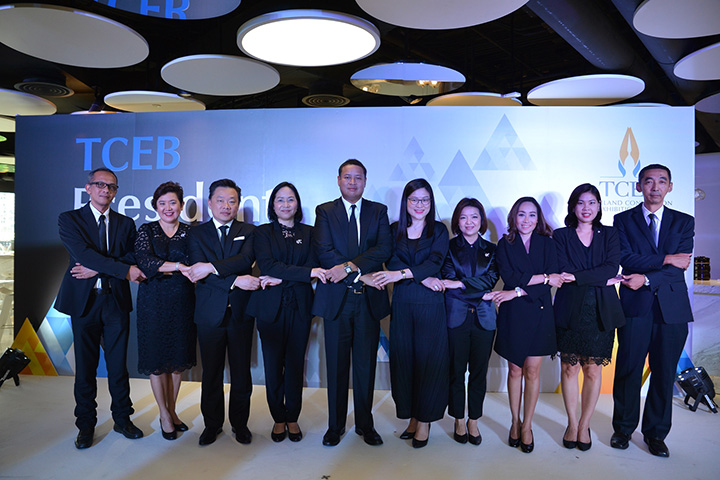 “It is expected that in the 2017 budget year, there will be a total of 27.1 million MICE travellers in Thailand, generating revenue of 155 billion baht, separated into 1,109,000 international MICE visitors, generating revenue of 101 billion baht, and 26 million domestic MICE travellers, generating 54 billion baht in revenue. Additionally, we will be able to meet the target of driving the MICE industry to be a key player in creating prosperity, distributing income to the regions through the MICE industry, and creating strength and sustainability for the economy of the country,” Mr. Chiruit said in conclusion.

In 2017, Thailand is preparing to host of several important international conferences, such as 2017 PCMA Global Professional Conference – Asia Pacific, between 28th – 31st August in Bangkok, UIA’s Associations Roundtable Asia-Pacific 2017, between 21st – 22nd September in Chiang Mai, IT&CM Asia & CTW Asia Pacific 2017, 26th – 28th September in Bangkok, which is an important trade show for Asia that Thailand will be hosting for the 16th time, SIGGRAPH Asia 2017, between 27th – 30th November in Bangkok, which is a world-class seminar and exhibition on computer graphics and animation. Additionally, in 2019, Thailand has won the rights to host other global events such as SITE Global Conference 2019, which is the international conference of organisations in incentive business.