Ratchaprasong Square is determined in the organizing of colorful festivals, boosting the economy in city center areas.

Ratchaprasong Intersection is situated in the centermost district of Bangkok’s downtown. It is where the capital city’s main roads intercept, also, it is the city’s renowned shopping district. Moreover, there is a convenient intersection point where 3 BTS skytrain stations from different lines are situated next to one another, with the main station being the BTS Siam Station as an interchange of the two main city's skytrain lines including Sukhumvit Line and Silom Line. In addition, there are two other substations including the Chidlom Station of Sukhumvit Main Line on Ploenchit Road, and the Ratchadamri Station of Silom Line on Ratchadamri Road. Furthermore, there are Thailand’s major government offices scattered across the district namely the Royal Thai Police Office, the office of the Metropolitan Electricity Authority, and the office of the Royal Bangkok Sports Club. Thus, the Ratchaprasong Square is truly considered the heart of the economy and lifestyle of Bangkok. Besides, it is where people will find a total of 8 different Devas enshrine, which is becoming another very notable selling point of this square which all theists, Thais and foreigners alike, should not miss by all means. 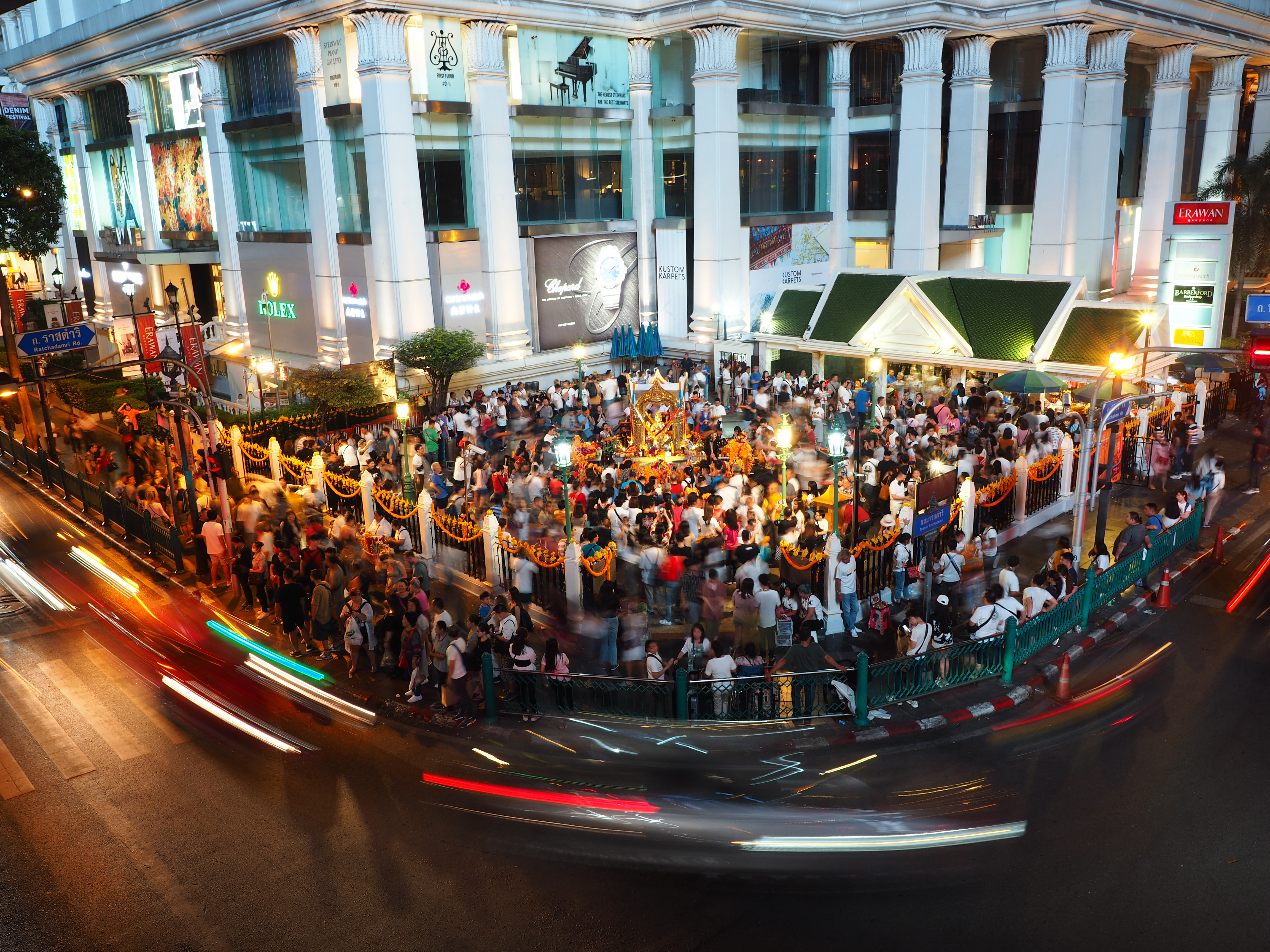 This location is one of the top tier and outstanding shopping districts of Thailand. Where each and every shopping mall competes to gather as many quality shops and products, and also struggle to offer best possible services in the business. There are also multiple leading super-luxury brand shops which some of them can scarcely be found in shopping malls elsewhere, but visitors will find any luxury brand shops imaginable located within this district’s variety list of mega malls namely Central World, Central Embassy, Gaysorn Village. Moreover, with the prosperity and diversity of this grandeur district, it is also crowded with up to 4,000 hotel venues equipped with the best security systems, which certainly will be qualified for large-scale mega events and international festivals where there will be thousands of daily visitors.

TCEB, together with the Thailand International Events & Festivals Trade Association (TIEFA), where their fundamental goal is to elevate this city square from simply being one of an array of choices of event hosting venues as always used to be, to become a distinctive district with an appealing backstory in order to further local economic growth.” The cooperation in the Festival Economy Project will have a direct impact on the economy and the creation of work opportunities for the locals. The international festival will certainly have a positive direct effect on the economic development of the city. In addition, there will be a scaling of income distribution among the city’s inhabitants, which will broaden the generating of income into the country. Most importantly, it will immensely increase the employment rate in the area, as the fact that festival goers are usually those young travelers with high purchasing power. Thus, it will cause both direct and indirect positive impact upon the economy of the host city, and the impact even expands toward the surrounding communities. Most people may think that the prosperity of the Ratchaprasong Square is already at its peak, still, the TCEB and the Ratchaprasong Square Trade Association (RSTA) are still looking for ways to elevate this district even further without ever slowing the thought of developing it. The two organizations will collaborate in order to elevate this highly notable city center square into a full-fledged commercial district, a business district, and a fully-equipped choice for event holding destinations. All of which are linked from the statistics that most travelers who travel through Thailand have at least one spare day in between their journey to visit the Ratchaprasong Square. Therefore, it is a progress towards the correct direction as to raise Ratchaprasong Square to become a giant travelers’ magnet which will play an important part in tremendously promoting the economy of the country through annually hosting colorful and attractive festivals in the heart of the country's most significant economic district.